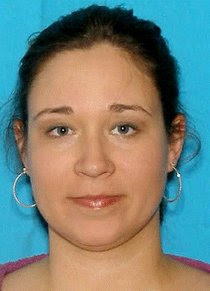 Sadly, her estranged husband took her life. The couple was going through a divorce.

I cannot stress enough, to anyone going through a divorce, the importance of safety. Women are being slaughtered by their husbands all on the name of power and control. Often they let their guard down by agreeing to meet their estranged husbands alone to "talk things out."

And in many situations the woman talks about divorce prior to securing a proper strategy. A strategy includes not only custody, assets, legal representation, but safety.

Before you mention the word divorce in your home, especially if your partner is controlling or abusive:
You must have a safety plan.
You must notify someone each time you walk out the door.
Send out an email alert telling folks where you are going and with whom.
Take your cell phone and have it programed to 911 when in the presence of this person.
If possible have an additional back-up cell phone that you keep charged in case of emergencies.
If the situation gets heated have the phone programed to 911 and just press the button.
Keep your keys in your pocket. If you have an automatic door lock on your key ring, sound the alarm button on the device.
Never meet the person with whom you are ending your relationship with alone.
For additional information and important tasks you will need to complete pick up a copy of "Moving Out Moving On" when a relationship goes wrong. Or order on line HERE.

After he killed her, Uriah Brosnan dumped her boby near his workplace. He covered up his crime by posting on line and texting friends and relatives prentending to Becky. In an attempt to cover up the crime and buy himself time.

He sent electronic messages from Becky Brosnan’s personal accounts, including e-mail and MySpace.com, after he killed her during a fight in his office at a roofing business.

One of the posts he wrote said “I need to find me. I can’t trust anyone right now. Getting away for some me time.”

The husband is in Spokane County Jail charged with first-degree murder. Brosnan’s bail is set at $1 million.

According the NewsTribune :”The Brosnans, married in 1997, were going through a divorce. Their children – a 10-year-old boy and 5-year-old girl – were a point of contention, family members and police say.“The more she fought for her children, the harder it was,” Becky Brosnan went to meet her husband to discuss the children on Jan. 28. Uriah Brosnan told police that he picked up a hammer and hit her in the head. When she continued to fight, he picked up a metal bar and hit her numerous times, Brosnan told police.“Before I knew it, she was dead,” he said.Uriah Brosnan then bound her hands and feet, wrapped her in black plastic secured with duct tape, and dragged her – “easily” – out of the building, according to the interview with police.He left the body behind a chain link fence among composite shingles and wood scraps, next to the business, police said. Brosnan then cleaned his office and threw away his bloody clothes, police said.

In the midst of the bloody event, Brosnan’s boss, Tom Wilson, stopped by the business and noticed a light on, police said. Brosnan refused to open his office door for his boss, claiming to be alone and doing paperwork.The next day, Jan. 29, when Becky Brosnan failed to show up for a family gathering, her stepmother called police to say the absence was extremely unusual.Meanwhile, Uriah Brosnan had hacked into his wife’s e-mail and MySpace page, and used her cell phone to send text messages, police said.Police tracked the IP address to determine who had made the post on her MySpace page and determined it came from Uriah Brosnan’s computer.

He accessed her MySpace page 38 times from Jan. 28 to Feb. 6, a forensic expert determined. On Feb. 2, a text was sent from Becky Brosnan’s cell phone to her stepmom saying, “I’m OK.”One text message was sent to Bascetta saying she was out of town and that her car was at her husband’s house.When Becky Brosnan had been missing for five days, the Spokane Major Crimes unit began investigating. Detectives interviewed Uriah Brosnan and his girlfriend, Crystle Sellers, on Thursday, and they grew suspicious when his “story” varied, said Spokane police Officer Jennifer DeRuwe.Brosnan was fired Friday, police said.Police searched Brosnan’s workplace Monday, where they found blood on an office chair and drag marks. A forensics team collecting evidence there early Tuesday discovered the body among the debris about 2:30 a.m., said Spokane police Sgt. Joe Peterson.Becky Brosnan’s boyfriend, Bascetta, said the family was worried about the struggles she was having with her divorce. “This happening was all in the back of our minds, but we never thought he was capable.”
at 06:11