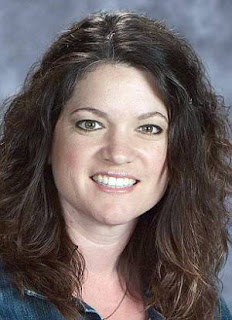 Kim Conover taught second grade at Meadow Elementary School in Petaluma, CA.  On April 9, 2012, Kim attempted to secure an emergency court order of protection against her estranged husband Kevin.  That morning by phone a police officer who filed a police report made a request to Sonoma County Superior Court Judge Virginia Marcoida for Kim to receive a 5 day emergency court order.
The judge denied the request.  Judge Marcoida felt based on the information provided to her that Kim’s Conover’s request did not “present immediate or present danger of domestic violence.”  The couple had a history of domestic violence. On March 5, 2012, Kimberly filed for divorce followed with a temporary order of protection she’d be granted by a judge the following day stating Kevin was violent, assaultive, unpredictable” and “uses firearms and knives.”  Kim Conover the mother of four beautiful children stated she feared for the live's of she and her kids.
In all fairness to Judge Virginia Marcoida, her decision on April 9th was based on the information and facts presented to her under the law.  Even if Kim Conover was granted an emergency order of protection it wouldn’t have stopped her murder on Sunday April 14, 2012.  Her estranged husband was going to kill her.  Kevin Conover’s promise to Kim, “if you ever leave me and file for divorce, I will kill you.”    Kim was gunned down as she walked out of her divorce attorney’s office on Sunday, then Kevin turned the gun on himself and committed suicide.
Victims of domestic violence walk a tightrope of emotions when ending an abusive relationship, especially when children are born into the marriage.  A victim wants to stay in an attempt to work out issues for the sake of the kids.  But as the violence escalates in the family or relationship, options are limited. And with the environment so toxic you can cut it with a knife; a victim is unable to clearly create a plan for safety because their life is constantly hanging by a thread.
A victim of domestic violence lives a constant crime scene from the time they lay their head on a pillow to often not knowing if they will wake up alive the following morning.  The verbal threats as evidenced in the Conover household were their permanent houseguest.  The physical attacks as in most cases of domestic violence were rarely reported to police.  Once a victim is unable to endure the verbal and physical assaults and announces the relationship is coming to an end, their life is now in imminent danger.
The courts can only do what is allowed under the law.  And court orders of protection are nothing more than a paper trail.  They do not stop bullets.
Victims of intimate partner violence must be educated and taught how to leave with their lives.  For any victim to put their faith in a court of law to manage a potentially lethal matter is reckless and it will get you killed!
Time’s up for all victims to stop believing that the person to whom you are married or in a dangerous relationship will change.
Are You In A Highly Lethal Relationship?

The E.A.A. helps victim's to understand their lethality risks in relationships with abusers who have the least propensity to change. Learn more about what the E.A.A. can do for victim's here.
Risk factors that help determine if the abuser will kill the victim. The list below is a combined list from various resources.
__  Threats by the abuser to kill the victim, children or self

__  Fantasies of homicide or suicide

__   A high familiarity with or the use of guns

__   Mental disorders, especially depression, a sense of no hope without homicide and/or suicide

__  Repeated calls to the police and an increase in violence

__  Takes the victim and/or family hostage

__  An increase in the frequency of the cycle of violence, with police involvement in the prior year

__  An increase in the severity of injuries inflicted, with the victim possibly needing medical treatment

__  Abuser used a weapon in prior incidents

In a national study, other lethality markers that multiply the odds of homicide five times or more over nonfatal abuse have been found to include:

Research has also found that:

~ Male abusers are more likely to kill if they are not the fathers of the children in the household.

~ A Chicago study similarly found that death was more likely if the abuser threatened his partner with or used a knife or gun, strangled his partner or grabbed her around her neck, or both partners were drunk.

A series of interviews with 31 men imprisoned for partner murders revealed how quickly abusers turned lethal.

~ Relationships with short courtships were much more likely to end in murder or attempted murder; these relationships were also likelier to end much sooner than those with longer term courtships.

~ Half of the murderers had relationships of no more than three months with the partners they murdered, and almost a third had been involved for only one month.

In terms of female murders of male partners, the research suggests that:

~  Abused women who killed their partners had experienced more severe and increasing violence over the prior year.

~ They tended to have fewer resources, such as employment or high school education, and were in long-term relationships with their partners at the time.
Characteristics of the Batterer
The following factors relate to the batterer's characteristics:

__ Abuses alcohol or drugs, e.g., "uppers" or amphetamines, speed, angel dust, cocaine, crack, street drugs, heroin or mixtures
__  Obsesses about the partner: "If I can’t have you, no one will," or "Death before divorce"
__  Exhibits extreme male dominance or attempts to achieve such dominance
__  Exhibits extreme isolation and has a lack of support systems or supportive others, while the partner is central to his existence
__ Has a history of violence either with other family members or outside the family
__ Depression, i.e., has expressed hopelessness about the future and is unable to see any alternatives to the use of violence
__ Increased risk-taking, i.e., acting out without regard to the legal or social consequences which previously constrained abuser's violence (abuser may become more seriously violent and injure the victim   with visible injuries, or lose job, be arrested for drunk driving, etc.)
__ Abuser has witnessed severe violence between abuser's own parents
__ Has a history of employment or participation in settings where violence has been normalized, e.g., combat
__ Has a psychiatric disturbance, including pronounced disorders such as delusions
Situational Factors
The following factors relate to the batterer's and victim's situation:
~  Presence of weapons
~  Access/proximity to victim
Special Populations
~    Those trained and licensed to carry a badge and/or a gun is also trained to be capable of serious bodily harm. This includes Law Enforcement or Military.
~   Those trained to understand criminal behavior are also trained to understand how some criminals get away with serious injury, abduction, or murder. This includes Law Enforcement, FBI, CIA, Military or others who have had training in criminal mindsets.
~  Victims need to not confuse the perpetrators career with his character. What he does for a living that might be honorable to society does not mean that is his character and he will not further harm you.

Clara Colon, mother of two filed for divorce from her abusive law enforcement husband whom allegedly threatened to kill her and the children. Clara followed the steps of the “EAA” and the suggestions located in the book “Time’s Up” and is alive today.
Implications for Prosecutors
Prosecutors must insist that law enforcement investigators provide them with appropriate information about prior activities, especially those associated with increased risk for lethality. (Research basis: Multiple studies have found similar risk factors for lethality. Although applying risk factors can create false positives, their consideration will avoid false negatives that prove deadly for victims.)

Legal thoughts and implications for the E.A.A. in court cases can be read here

Implications for Judges
For judges to make safe decisions about bail, sentencing or fashioning civil orders, they must insist on appropriate information about abusers' prior activities, including those associated with increased risk for lethality. (Research basis: Multiple studies have found similar risk factors for lethality. Although applying risk factors can create false positives, their consideration will avoid false negatives that prove deadly for victims.)
For more information visit www.documenttheabuse.com


Susan Murphy Milano is a staff member of the Institute for Relational Harm Reduction and Public Pathology Education as a educator and specialist with intimate partner violence prevention strategies directing prevention for high risk situations and cases.


A national trainer to law enforcement, training officers, prosecutors, judges, legislators, social service providers, healthcare professionals, victim advocates and the faith based community and author.. In partnership with Management Resources Ltd. of New York addressing prevention and solutions within the community to the workplace. Host of The Susan Murphy Milano Show,"Time'sUp!" . She is a regular contributor to the nationally syndicated "The Roth Show" with Dr Laurie Roth and a co-host onCrime Wire. Online contributions: Forbes : Crime, She Writes providing commentary about the hottest topics on crime, justice, and law from a woman’s perspective, as well as Time's Up! a blog which searches for solutions (SOS) for victims of crime Susan is also the daughter of a Chicago Violent Crimes detective who murdered her mother before committing suicide.
at 01:44

Hello Everyone! I can think of no more vivid a picture than walking out of your divorce attorney's office only to be gunned down!

Susan, I'm equally glad that spelled it all out in black, blue and red blood, as readers can become complacent reading about crime (Oh...just another story... It has nothing to do with MY situation) Hogwash! Most likely...Yes it does!

Read the Time's Up material...and check it twice.. and then do yourself and others a favor... do the EAA!

Heart wrenching and it is like so mind boggling that woman are not taken seriously. Like Ladyjustice stands for. Really there is no justice in most domestic situations. Women are usually the crazy one and the man is right. how I feel about it. thanks fro all you do, but too late for many. SAD