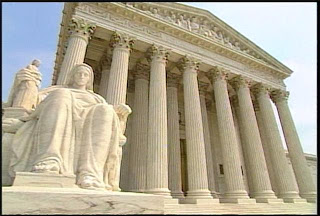 Today, the Nebraska Supreme Court gave a voice to three intimate officer involved victim's of abuse over a nine year period whom were each ( all sought court orders of protection) at the center of what I believe is the first ever denial of a former police officer. The supreme court decision is based on his alleged abusive acts against the victims and other behaviors. He was denied admission to sit for the Nebraska State Bar Exam.

The Supreme Court decision was carefully based on the following criteria set forth before anyone can take the bar exam and become an attorney:

"4. Attorneys at Law. Where the record of an applicant for admission to the Nebraska State Bar demonstrates a significant lack of honesty, trustworthiness, diligence, or reliability, a basis may exist for denying his or her application.
5. ____. When evidence exists to indicate that an applicant has engaged in conduct demonstrating a lack of character and fitness, the Nebraska State Bar Commission must determine whether present character and fitness qualify the applicant for admission."

The Allegations Against Former police officer Anthony Ybarra were prior to his attending law school. 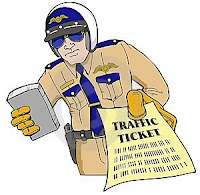 Anthony Ybarra worked as a police officer with the Scottsbluff Police Department from December 1997 to March 2003. During this time, Ybarra had an intimate relationship with a woman. The relationship ended in August 1999. In August 2001, D.G. twice filed a petition for a protection order against Ybarra. In an affidavit in support of one of the protection orders, the woman reported incidents of Ybarra’s harassing her.

On April 22, 2001, Ybarra arrested the woman for driving under the influence (DUI). According to the victim, Ybarra was sitting in his patrol car outside a bar when his former girlfriend left the bar. Then Officer Ybarra followed her for more than a mile and turned on his patrol car’s overhead lights when she stopped at her sister’s house. The woman was not concerned at first because officerYbarra had previously pulled her over on a number of occasions to talk to her and ask her to go to lunch. Instead, Officer Ybarra administered field sobriety tests and then arrested the woman. After she posted bond and returned home at 4 a.m., The victim found offficerYbarra waiting for her. Ybarra then entered her house without permission. She asked him to leave, indicating that if he did not, she would call the police.

In my opinion, and in true abuser style, the partol sergeant employed with the Scottsbluff Police Department Ybarra, said, “‘I am the police’” and left. He subsequently called the woman from his patrol car. She told him she had nothing to say and hung up. The woman said she believed officer Anthony Ybarra was using his authority to intimidate her. 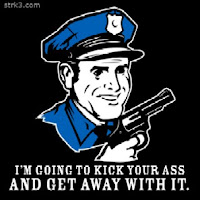 And, of course, it would be Anthony Ybarra telling a different version of the events of that evening. Sounds like a few others who suffer from the same behavior pattern we read about, wouldn't you agree?

"The Commission thus found Ybarra lacked the ability to demonstrate honesty and integrity; to act in accordance with the law and the rules of ethics; to exercise good judgment; to avoid acts that show disregard for the health, safety, and welfare of others; and to conduct himself professionally. The record shows a history of behavior which is abusive, violent, hostile, intimidating, threatening, assaultive, unlawful, and perverted. The record shows that Ybarra does not meet the standards of character required to be admitted to the bar."

The entire decision on this case can be read HERE.

CONCLUSION As Per the Supreme Court (upholding the decision of the commision is as follows:
Ybarra’s behavior demonstrates a pattern of abhorrent behavior toward women. Three women in the past 9 years have sought protection orders against him. He has not admitted that his behavior is inappropriate and has not demonstrated any remorse. The Commission was correct in determining that Ybarra does not meet the standards of character required for admission to the bar and that he should not be allowed to take the state bar examination. We affirm the Commission’s denial of Ybarra’s application to take the Nebraska bar examination.(in re application of ybarra 759 Cite as 279 Neb. 758Nebraska Advance Sheets 760 279 nebraska reports) 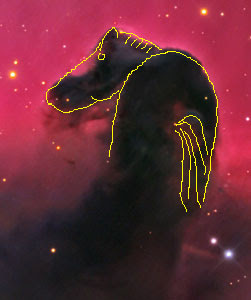 In my opinion, the former officer's behavior literally came back to bite him in the ass. After many years of dealing with intimate officer violence in the home, I cannot recall a more timely victory on behalf of all those whose cries for help fell on deaf ears!

"Been there, done that…” Susan Murphy- Milano has turned a tired phrase into demonstrable realism through the gift of her newly published book, "TIME'S UP: A GUIDE ON HOW TO LEAVE AND SURVIVE ABUSIVE AND STALKING RELATIONSHIPS"
at 00:01