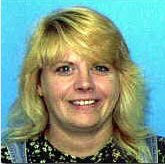 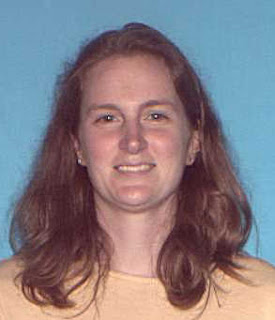 It's been five weeks since Renee Pernice vanished, without a trace from her Kanas City, Mo., home.
There is only one person who had motive to erase her from the planet. To forever take her away from Renee's 3 children. Shon Pernice had reason and motive to murder his wife. She was finally divorcing him. In my opinion, Shon Pernice was not going to stand for it and watch Renee prohibit him from the marital home and take anything that he worked so hard to build during their marriage.

Now, ten year later, another women Star Boomer, may also have a connection to this case. In 1999 Star was out at a bar and last seen and last seen fighting with a man. That man was Shon Pernice, the very same person to whom Renee Pernice was leaving.
Two men in Star Boomer's case were eventually charged with second degree murder. But, the case was dropped the court records said to avoid "double jeopardy".

According to a recent Fox News report,"Star's family said it's because no witnesses would testify."There were 13 witnesses in the bar and no one wants to come forward or say anything," said Star's sister Cynthia Hurtie. Cynthia Hurtie is now a private investigator and has never given up on her sister's case.

And, when she heard about the Pernice case she said, "My heart just fell to my stomach... I put two and two together. There were three witnesses and Shon was one of them."Shon Pernice's name was not on the official court witness list. But, a source confirms that he was linked to the Star Boomer investigation."Until the day we find closure and justice for her, I can't give up and I have to be a voice for Star," said Cynthia Hurtie."I believe we will find her. I really believe that. I've never given up hope," said Hazel Hurtie.
No surprise, Shon Pernice and his attorney are not answering questions. There is a $5,000 reward for information in Star Boomer's case. Call the TIPS Hotline or link to the family's private investigator's web site for the case.
at 11:48

The guy doesn't report her missing?
The kids are sent to a neighbors for a sleep over?
He brings his attorney home and tells police to leave as they search the house?
Renee was packing his bags that weekend?

Sounds similar to the Peterson case.

Kansas City....It sounds similar to not 1 but 2 Peterson cases!!

What is it about these men who are so slick? How on earth do they get away with it?

Pernice is very manipulative and smart. During his last deployment he was very promiscuous with different female soldiers (he'd save all sorts of pictures of them on his phone as trophies) and then would say that he cheated on his wife because she was "cold." However, she was so "cold" that she'd send him care packages all the time (doesn't seem like a cold, unloving person to me). He also tried to use that fake Navy Seal ID that the cops found to get out of trouble when he was caught drunk during training by an officer, didn't work but all he got was a talking to by the First Sergeant because we couldn't afford to be short anymore medics. The worst though was what he did to another medic (female) in the section--one day they're all touchy--feely and best friends and the next they're worst enemies and hate each other (you fill in the blanks). He ends up busting her for drinking(found out later that they had drank together earlier during training when they were buddies) and then later when she lost a patient he blamed her for it, told her it was her fault and gets her kicked out of the section. A couple weeks later she od's and gets sent home. You tell me if that doesn't sound manipulative. Could never quite bust him on anything serious, but was always up to something shady. Unfortunatley, I doubt they can pin these murders on him unless they find the bodies--he's very smart. I feel very sorry for the families--Renee must have been a real saint to have put up with him for that long. The parents and children will be in my prayers.

I agree. I was also deployed with Pernice and saw everything he did to the people he was around. He would always talk about how he hated his wife & that she was so cold to him. Yet, I agree, she did send him care packages all the time. All this, while he cheated on her by flirting with girls on the FOB and over the internet. His room I heard was full of pictures of women he met online & he claimed that they were all "stalking" him. They sent him care packages as well because they believed he would go meet them one day. Pernice did treat that one medic like crap. The medics always had their hands full and he never let them keep their heads on straight. There was no reason for him to act like he was better than the other medics because all he did was play with peoples' heads. That's all he is; a head game. Pernice hated his wife, and would tell people that he was pretty much "divorced" anyways.

There's no way that this guy is innocent. He treated the females in Iraq like trash, mainly because they wouldn't sleep with him. When one denied him, she did OD and got sent home.

He faked everything he told people, especially with his credentials. The navy seal card was ridiculous and he would put bombs in pictures just to say that they fell on the other side of him to make his wife "feel bad."

I live down the street from the Pernice home. I just got home from the store,... There are a bunch of police cars and a paddy wagon in front of the Pernice home. He was just from jail yesterday on the theft charge. I wonder what is going on?? He belongs in jail. I can't believe he hasn't been charged in Renees death!!

Looks like these posts are older but I hope you contacted the TIPS Hotline with this military info and also called Renee's parents. I see they are going for custody of the boys so I bet this info would help them too.

This guy needs to be put away. What an arrogant ba$tard... he won't get away with it . They will get what they need to fry his a$$... Those poor little boys . Who knows how their private life is with a whacked out s.o.b..
pray for them all!