Holly Dembie: The Devils in the Details 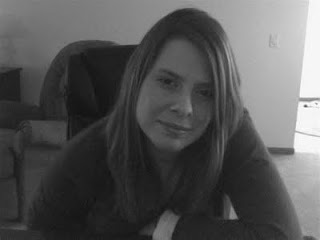 Last week the full 911 taped conversation was released by the Lorain County Sheriff's Department pertaining to the murder of Holly Dembie, 33 years old, and mother of a young son.

I was disturbed listening to the call placed by the killer, Lorain County Correctional Officer, William Dembie. When the connection was made to 911, Dembie asked whom he was talking with as he identified himself to the dispatcher. The operator, when dispatching emergency response personnel, could be heard saying "he's a CO, I know him personally." The dispatcher was upset, trying to maintain composure, you could hear it in her voice.

Click below to listen to the 911 call (Language may not be appropriate for all audiences):

Mobile users click here: http://5.wews.com/zrj
Dembie, on the other hand, was matter of fact. "I killed my wife, oh my ex-wife" and he laughed. During the call Dembie said, " I had enough." The 911 operator did her best to keep the situation calm and under control during the call and Dembie, when asked, stated his weapons were locked up and he was not armed.

In a bond hearing last week Dembie's defense attorney stated in the court proceedings that his client was a victim of "battered spouse syndrome," and based on whatever circus carpet he flew in on, was trying to have the charge reduced from murder to manslaughter because of "evidence." The evidence amounts to Dembie's immediate family going on what they may have been told by Dembie not anything they ever witnessed.

Dembie killed his wife because she was ending the marriage and he was furious. What Dembie had enough with was the fact that Holly was no longer able to be controlled by him. A classic, by the book, case of intimate partner violence resulting in homicide.

The prosecutor should likely consider building a time line of events 2-3 weeks before Dembie murdered his wife.

If William Dembie is a victim of Battered Spouse Syndrome, I will eat my computer board!

****
Susan Murphy Milano is a staff member of the Institute for Relational Harm Reduction and Public Pathology Education. She is a specialist with intimate partner violence prevention strategies and high risk cases and available for personal consultations through the Institute. She is also part of the team at Management Resources Limited of New York.

Susan is the author of "Time's Up: A Guide on How to Leave and Survive Abusive and Stalking Relationships,"Moving out, Moving on, and Defending Out Lives. Susan is the host of The Susan Murphy Milano Show, "Time'sUp!" . She is a regular contributor to the nationally syndicated "The Roth Show" with Dr Laurie Roth and a co-host on Crime Wire.
If you would like to schedule Susan Murphy Milano for interviews, please contact: ImaginePublicity PO BOX 14946 Surfside Beach, SC 29587 Phone: 843.808.0859 email- contact@imaginepublicity.com
at 02:10

The family of William Dembie appeared at the home of the deceased with a court order and the sheriff and took things out of the home.

If she had hired an attorney prior to her death, clearly there were problems. hopefully the attorney will cooperate and share what he knows. that attorney may already have some sort of time line documented......