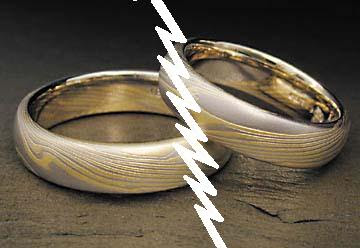 Part 4
The younger daughter moved out and into the home of a relative. The older daughter remained until she found employment and a place to live. Both girls were furious with their father. Gina was upset that Robert did nothing to bring her back into the home.
After dinner Gina decided to speak with Robert. She told him it was no one’s fault. The marriage was not going to work. It was over. Gina made plans to be out of the house over Christmas and would return in January to gather her things and go.
Two days before Christmas Robert received a call from a hospital that his wife was in a horrible accident and he should come immediately. Gina was not expected to survive, but she did. Robert brought her home and for the next three months nursed her back to health. Things were good during that time. When Gina recovered Robert’s controlling behavior resumed. Gina whom was also a forensic accountant started her own business and began traveling. Her plan was to get back on her feet financially and move.
The youngest returned to the home after graduating high school and stayed until it was time to go away to college. That summer Gina and the daughter barely spoke. and when they did it was often unpleasant. Gina had a light bulb moment one evening after Robert came home late and intoxicated. The daughter screamed at her father "how could you do this" she shouted and went on rambling in an attempt to remind her father of his actions while her mother was alive. Gina realized the daughters behavior and anger was taught by her father, communicating the way she was taught. It was at that moment Gina realized the air in the house was toxic. And Robert exhibited an unpredicatable yet potentially dangerous if things did not go his way.
Gina decided it would be best to act as if nothing was wrong and worked on a plan to leave, telling only a few trusted friends.
A month or so later Robert announced he purchased a hand gun, “to keep the house safe he said.” Gina had a bad feeling and continued with her plans to leave. She went to a cell phone store and learned that although she had access to the master account on her cell phone service any changes or updates she made would automatically be sent by the provider to the email address listed with the company. That wasn’t going to work as the email address was Robert’s at the law firm. Instead Gina set up Google Voice a free telephone service on the Internet.
In December Gina took an assignment for 5 weeks in California. She did not inform Robert that her friend from college lived there and that was where she planned on moving. In an environment where she was not constantly monitored Gina developed a clear plan for leaving the relationship.
Gina had a lot of work to do before she could move. When she returned from her trip Gina was distant towards Robert but she remembered what she was told about “throwing him off and acting as if everything was okay.” It was difficult but Gina felt in her gut if she behavior in a certain manner she could be killed.
Gina had a sense of freedom and clever Robert like a coon hound was sensing what I call the “smell change.” That is when the person you are with notices something different in the other person. It can be as simple as how you answer a phone, or when you don’t react to a situation the same way the abuser smells something is up. This is the time when a victim is monitored more closely.
One evening during dinner the phone rang and it was her girlfriend from California. When she hung Robert asked who it was and what was said. With a smile Gina replied “Kathy is flying in for a meeting and she is going to stay with us for a days if that’s okay.”
Robert was delighted. He had never met her and was looking forward to getting to know Gina’s friend. Gina was careful not to talk anymore than usual to Kathy, whether by phone or Internet she did not want to raise any suspicion.