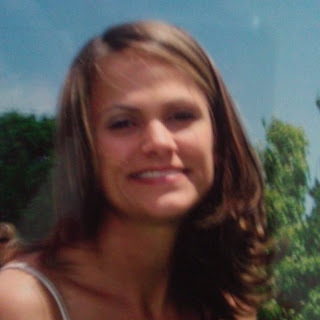 On January 24, 2011, Amy Sue Hanslee, 30 and mother of 2 boys, vanished from her home in Hartford, Michigan.
Four days later with the assistance of searcher Jamie Jones with "The Missing You Foundation" a non-profit organization assisting families of missing persons, Amy Henslee and Tonya Howrath were found in a shallow grave on the property of a cousin of Amy's husband, Junior Lee Beebe, Jr. he was arrested and charged with both murders.
Tomorrow, the trial begins in Van Buren District County court with jury selection.
Earlier this evening, on the eve of the trial James Henslee finished the arrangements for the headstone that will be placed on his wife's grave sometime next week. Since the murder of his wife the focus for James is his children and how best to be a voice for Amy. It is not an easy road to travel without the love of your life.
James Henslee will be in court for the trial. He is also scheduled to testify. Emotions will no doubt run high as the national media will be there covering the case. But, I thought it might help James if he could also write his own words during the trial that he would share on a blog. Something for his boys to be able to read when they are old enough that was written by their father during the murder trial of their mother.
There was a lot publicized, mostly negative speculation, minus the facts, before, during and after regarding the women's murders from the media. In my opinion, it was inexcusable for the media and social networking sites to attack a homicide survivor and his family.
Providing a voice for Amy Henslee during the trial through her husband James seems a good way to honor this wife and mother. Each day James will provide an insight when possible during the trial. To go to the blog we created go to http://amyhensleemurder.blogspot.com/
Let's all keep the Henslee and Howrath family in our prayers.
Earlier today o his facbook page James Henslee writes this to Amy:

My dear love, It’s been 189 days since my life has changed. Tomorrow we go back to day 1. I am your voice and your my strength! With the lords hands on my shoulder I will face the devil and put out his flames! Amy Sue you fought till the end and I will do the same for you! Love you always & forever my beautiful Wife

Susan Murphy Milano is a staff member of the Institute for Relational Harm Reduction and Public Pathology Education. She is a specialist with intimate partner violence prevention strategies and high risk cases and available for personal consultations through the Institute.

Susan is the author of "Time's Up A Guide on How to Leave and Survive Abusive and Stalking Relationships," available for purchase at the Institute, Amazon.com and wherever books are sold. Susan is the host of The Susan Murphy Milano Show, "Time's Up!" on Here Women Talk http://www.herewomentalk.com/ and is a regular contributor to the nationally syndicated The Roth Show with Dr Laurie Roth. Susan is a survivor- the daughter of a police officer family intimate partner homicide by her father who murdered her mother before committing suicide.
at 02:01

one day before the letter he wrote to his wife before the trial, he met a 16 year old in the parking lot of Hartford High School. He's since been seeing her and sleeping with her. He's 33- she is 16 just turned 17. Makes me sick, and makes me sick people think he's something he's not! He slept with her as little as a week ago, also there is a police report of the two of them getting caught at the end of July- he even says he loves her...even begs for people not to tell because it will ruin his reputation.