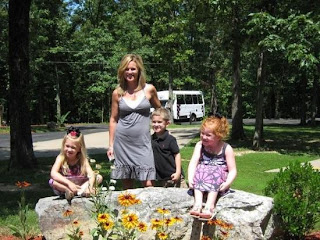 In the early afternoon of June 1, 2011, Jacque Sue Waller, 39, met with her attorney to finalize the divorce from her estranged and abusive husband, Clay Waller, 40, in Cape Girardeau County, Missouri.  Clay Waller was a former police officer turned contractor and his wife, Jacque, was employed for several years with Blue Cross Blue Shield. According to family members, after years of abuse, she gained the courage to end the relationship with him, packed up her triplets and moved into her sister’s home the previous year.

After the meeting with her attorney, Jacque drove to Clay Waller’s rental home to pick up the couple’s 5-year old son, Maddox. What she didn’t know was that her son wasn’t there, but was at the home of her soon to be ex-husband’s new girlfriend.  Jacque made a call to her sister at 4:00 pm and left a message to let her know she arrived safely at Clay Waller’s home and would return soon.  This was the last call she would make.

Clay Waller lured her to his home for, what police now believe, was the sole purpose of killing her. When police interviewed Clay Waller, he claimed the couple got into a fight and Jacque stormed out of the house, on foot, around 4:00 pm. He told investigators that he left the home soon afterwards and when he returned, around 6:00 pm, Jacque’s car was gone from the driveway.  Jacque’s abandoned car was found the next day off I-55 (near Jackson/Fruitland, Missouri) disabled with a flat tire. According to law enforcement, the flat tire was staged and had been punctured with a sharp object.  Her laptop was still in the back seat and police subsequently took it into evidence, and later discovered Jacque’s journal on the computer containing dates and times of conversations and threats Clay Waller made against her life.

On June 3, 2011, a judge signed the warrant to search Clay’s home and investigators uncovered important evidence.  Five days later, when they attempted to question Clay, he hired an attorney and refused to cooperate with the investigation.

On July 29th, 2011, police charged Waller with stealing and harassment. Clay Waller had accepted payment as a contractor in the amount of $55,000 for work never completed.  A judge set bail at $65,000 cash bond. (Waller’s arrest has nothing to do with Jacque disappearance) At the end of August he’s able to make bail and is released. He is arrested again, this time for Internet  against Jacque’s sister, this time facing Federal charges.
Within the first month of Jacque Waller’s disappearance there was very little media coverage about the case, locally or nationally. I spoke with her parents, Stan and Ruby Rawson, and they, along with Monica Caison from CUE Center for Missing Persons, appeared on my weekly radio show, Time’s Up.  We also  booked appearances on The Roth Show and Crime Wire exposing to listeners the abuse Jacque endured during her marriage.  Soon afterwards national media outlets picked up the story and the spotlight was finally turned on the case. Major searches for Jacque were planned in the coming weeks afterwards.

The family registered the case with CUE Center for Missing persons in North Carolina, and the Scott County Missouri Search and Rescue K-9 Team, both non-profit organizations aiding families of the missing. They began to map out areas and began searching for Jacque.  According to searchers on the ground, during one of the large scale searches, Clay Waller drove by the 150 volunteers, honked his car horn, blew them kisses and flipped them his middle finger.

In September, 2011, another break in the missing mother’s case occurred when Clay Waller’s father related to police hisson’s confession to him that he broke her neck during an argument. Waller’s father was ill and in a nursing home when the interview was conducted by law enforcement. Prosecutors were unable to obtain a video affidavit in time and Waller’s father died in the nursing home on December 20th, 2011, taking his information to the grave.
The first holiday without Jacque proved difficult for the family.  The triplets, now six years old and living with Jacque’s sister, know their mom is gone and made a special Christmas wish for Jacque to be found so they can visit her and place flowers on her gravesite.

On January 3, 2012, Clay Waller received a five year sentence in federal prison for threatening the legal guardian of his children, and his wife’s sister, online.

During the last of week of April I was invited to Cape Girardeau by the Scott County Search and Rescue K-9 Team for a series of events to train law enforcement and lecture, bringing them awareness about intimate partner homicide and to highlight Jacque’s case. Just days before my arrival in Missouri, Clay Waller was charged with first-degree murder, as well as tampering charges included by the prosecutor. If convicted, he may spend the rest of his life in jail.  Clay Waller appeared on the murder charges in court today, with another hearing date set for the end of July.. 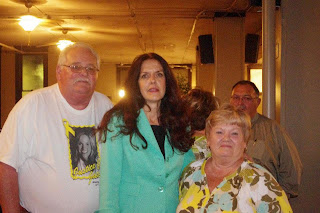 Jacque Waller was, in my opinion, a very brave woman.  To endure the hell of abuse on a daily basis, and then figure out a way to leave with her three kids is remarkable, something many women aren’t able to do before they are murdered.  But, she did.  What Jacque Waller also does was set the tone for her kids, and no matter what happened to her she conveyed to them, by her actions, as only a mother can, that they will be safe.

This should be a wake-up call for anyone involved in an abusive relationship.  Before you announce the marriage or relationship is over, have a solid game plan. Prepare the Evidentiary Abuse Affidavit and video.  Follow the information in thebook Time’s Up, and never, under any circumstances, agree to meet with the abuser alone.

Susan Murphy Milano is a staff member of the Institute for Relational Harm Reduction and Public Pathology Education as a educator and specialist with intimate partner violence prevention strategies directing prevention for high risk situations and cases. She is the creator of the Evidentiary Abuse Affidavit.
at 00:30

I'd like to see the "Times Up" book available on Kindle.

Too bad Jaque had to suffer such abuse from an inbred egotistical moron.

I live several hundred miles from there, and after reading about the abandoned car on the Interstate I am convinced it is part of some good old boys terrorist activities. They do the same in my state, though I know none of them; it must be a police/investigator intimidation method handed down through the generations.

I no longer have Blue Cross as I canceled after being stalked on a very memorable day for me-May 3rd-by two limos and a huge utility truck with Used Dealer plates. The day before I had to locate a place to fix a tire in an area in which I once lived. Prior to that, someone had accessed my cable box and left the nut laying on the sidewalk just to let me know they'd been there.

It is amazing what they will not do to get a story or force people to investigate everyone around here!

I'm not willing to lay down my life for them, their family, their beleifs, or the commercial greed.

Living through hell is what you do around here when they try to force volunteerism upon everyone in the eventual goal of obtaining a perfect citizen communtity that can both read and write well.

Articulating my hatred for them goes beyond changing a flat tire...waaaay beyond!