What Would Susan Say: Where's Stacy? 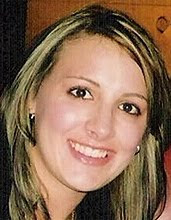 Is it ironic that on October 28, 2007 Stacy Peterson was never heard from again, silenced in the prime of her life, most likely at the hands of her husband Drew because of the secrets she held so long?

On October 28, 2012, another Sunday morning, exactly 5 years later, another voice, Susan Murphy Milano, was silenced in the prime of her life, taken by the hands of an abusive disease, because of the secrets she held so long that caused pain and stress in her life and contributed to her disease.

What would Susan say?

After a week of being in the fog zone, with time being insignificant, you can almost hear Susan shouting,

"Ok, enough about me already! You all have work to do! It's not about me, you know where I am, but, how are you going to find Stacy?"

From the beginning days of the Stacy Peterson case Susan was deeply affected, not only because she recognized the fact that Stacy most likely wasn't coming back, but because she saw similarities between Drew Peterson and her police officer father, the smug attitude and the fact that each of them thought they could get away with what they had done behind closed doors.

Immediately Susan picked up on the nuances of the case, before national media attention, and made no bones about what she wrote, sympathetic to the family members, but calling out what she saw from first hand experience living with an abusive cop. She saw through Peterson and his "Legal Marshmallow Roaster" attorney and knew exactly what they were up to, doing everything to divert attention away from Stacy.

In the midst of the circus of media, online forums, and news reports was a young mother, Stacy, who held within her being a secret she hoped would be more of an insurance policy. Stacy confided this secret and most likely lost her life because of it.

Because of Stacy, Susan was inspired to create the Evidentiary Abuse Affidavit. Had Kathleen Savio had the opportunity to create her own EAA, perhaps Stacy would still be around. Had Stacy done the EAA, the public would not have been subjected to the years of buffoonery created by Drew Peterson and his campfire team of attorneys and public relations ringmasters.

Peterson’s pattern of conduct and actions are important as it relates to Stacy Peterson. She can be placed in the marital home the morning she disappeared, so we know she and Peterson were in that house. From Sunday morning until the following day, there is a window of opportunity for Peterson, and when the coast is clear, in my opinion, he takes her out of the house. How far is he really going to drive? Does he go to one of two camp grounds with which he is familiar within an hour’s drive of the house? Does he go to a more obvious and public location, perhaps in plain site and one that is familiar to him? We do not know because Stacy Peterson is still out there someplace waiting to be found.......Stacy Peterson's Tragedy: Saving the Lives of Others, October 27, 2011


Now that Drew has been convicted of the murder of his previous wife, Kathleen Savio, and we see the latest news about appeals and possibly a second circus act, Susan would want us to remember the most important fact: 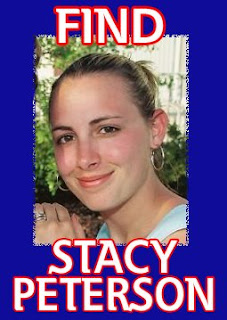 Whatever the significance of the October 28 date may be, it's no coincidence in the universal order. It's a date that both Susan and Stacy will be remembered in the future, somehow still connected to each other.

The world has the opportunity to change the way intimate partner violence and homicide is handled, something Susan vowed she would do in 1989.  The challenge is: "Who Can Fill Her Shoes?"

On October 28, 2012, Susan Murphy Milano lost her battle with cancer.

Her latest book, a "true crime memoir" based on the experiences of her life, HOLDING MY HAND THROUGH HELL, was released earlier in the month.

To order a copy go directly to the publisher, Ice Cube Press (http://icecubepress.com) or Amazon and Barnes&Noble, or ask your local book stores to order it.

Susan would definitely say to stay on task! Don't take your eyes off of the finish line.

I have tears in my eyes and determination in my spirit, Susan will forever be in my heart!
Billie Burns

Susan would say to keep the faith and fight the good fight, always keeping our eye on the prize. Finding Stacy!

With tears in my eyes there is also determination in my spirit; Susan is forever in my heart!
Til we meet again,
Billie Burns

Beyond the tears said...

Great post about picking up the work that Susan did and continuing with the excellent information she offers.

This is a very thoughtful blog...Is the date "just an eery coincidence" or perhaps predetermined by a higher power? I prefer to think it is the latter... Yes, this case spoke volumes for Susan and was the impetus for the EAA...thus making it very special...

We should take pause...and then carry on as Susan would have wanted it. Her favorite saying... "Getting out of our own way" and essentially getting down to business again.

Do not allow this date, nor Stacy's death... nor Susan's death be in vain. We must take the torch she is passing, pool our collective thoughts in order to carry on the work and spirit of saving future lives!

May Stacy and Susan be safe in the knowledge that they each in their own ways sacrificed for others and are now at peace.

"Coincidence" is a good topic for cocktail parties.... Doing the work is the stuff of advocates-heroes-sheroes...

I know, it was one yr to the date October 28, 2011 that Krishonda Leanne Townsend was found. I had no clue whT the date on Stacy was. Really weird.