State of Texas: Failing Grade in the Murder of Daniel Underwood

The State of Texas refuses to re-open and investigate a murder case in which the coroner stamped the death certificate as a suicide when new evidence and other information points to a calculated cold blooded murder. 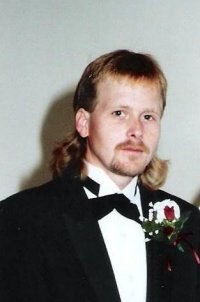 On September 4, 2008, Daniel Underwood, 33, of Sulfur Springs, TX was murdered during an argument which took place with his live-in-girlfriend, Rebecca Nelson. According to witness Maria Harvick, Rebecca Nelson had her hand on the trigger and the sawed off shotgun went off. The bullet struck Daniel through chin up to his face and his head.

The answer to all three questions is NO!

The answer to all three questions is YES!

The evening of the shooting Rebecca Nelson was interviewed by police. Notice that in the video below she asksed the police for Daniel Underwood's wallet. First, they are not married. Second, the credit cards in Daniel's wallet are in his name only, not hers. He was her sole support. She never even owned a credit card. When she was denied the wallet, Rebecca Nelson asked again and they told her it would be up to his parents to return or work that out. Her tactics, for the momen, fail.

After she left the police station, she returned back to the home, while Daniel was being given his last rites and took everything from a laptop, pool sticks, and other items that could be pawned.

Listen to the interview on The Roth Show from August, 2011 featuring the witness Maria Harvick  and Daniel's's mother Donna Underwood. http://www.therothshow.com/demos/recent/hour2Aug2411.mp3

Several months ago Statement Analysis Expert and Crime Wire consultant, Peter Hyatt, did a complete work-up on the case that also applies to the pattern of conduct in cases of intimate partner homicide. http://www.crimewiresite.com/danielunderwood.htm

With new information, and a witness who has come forward, herself attempting to meet with police and being denied, theAttorney General's office seems the best route to go for the case.

Daniel Underwood did not commit suicide, he was in my opinion, murdered!


A national trainer to law enforcement, training officers, prosecutors, judges, legislators, social service providers, healthcare professionals, victim advocates and the faith based community and author.. In partnership with Management Resources Ltd. of New York addressing prevention and solutions within the community to the workplace. Host of The Susan Murphy Milano Show,"Time'sUp!" . She is a regular contributor to the nationally syndicated "The Roth Show" with Dr Laurie Roth and a co-host onCrime Wire. Online contributions: Forbes : Crime, She Writes providing commentary about the hottest topics on crime, justice, and law from a woman’s perspective, as well as Time's Up! a blog which searches for solutions (SOS) for victims of crime Susan is also the daughter of a Chicago Violent Crimes detective who murdered her mother before committing suicide.