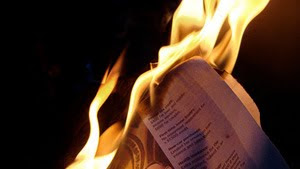 
The murder of Sheila Deviney on January 6, 2004, was no accident. Sheila Deviney was in fact murdered! On Monday evening's show on "Intimate Partner Homicide Investigation" we were flooded with calls from friends, relatives, college professsors, co-workers, and former classmates providing vital information regarding the murder of this young woman.
Dozens of statements, now recorded in podcast, from callers on the show as to Sheila's fear, her statement of mind and the threats made against her life, including the day before the fire, were never investigated by authorities. So how the heck does a case go cold for so many years without an investigation, a named suspect or an arrest? The answer is clear. The state never investigated the murder. The state even allowed a former ex-husband and buddy within days of the fire to enter private property and literally cut up the crime scene (the home) and dump it into a river. Only a person who has motive and something to hide goes to those extremes. Think about the fact the couple were no longer married. The only ties to the couple were the children. The ex-husband had no legal interest in the home or its contents.
The position of the body and the lack of smoke in her lungs after the fire shows Sheila Deviney was murdered.
Sheila's family, since her murder, has been trying to get the District Attorney's office in Oklahoma to open the case. The former elected officer refused to do his job and ignored the case. Now, with a different District Attorney elected into office, the case is still being ignored. 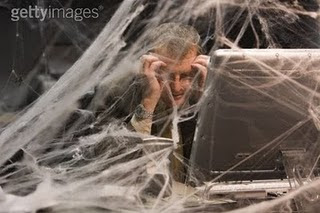 As we wait for the cobwebs to be dusted off the desk of Oklahoma District Attorney, Greg Mashburn, this particular cold case and facts into Sheila Deviney's murder will not be ignored by the Intimate Partner Homicide Investigation team of Sheryl McCollum, Holly Hughes and Susan Murphy Milano.
If you have any information on this case please contact us by email at IPHInvestigation@gmail.com. All information received will be kept confidential.
In the weeks ahead we will provide others facts on this case and keep you updated on any new developments.
at 02:04

No more than 2 short days ago you guys had the dastardly DA as David Prater. At least you have the correct DA for our district now. Makes me wonder though...what else may not me exactly correct?? I'm ALL for justice for Sheila, but people like you prey on the hurting. I wonder if your more concerned about Sheila's justice...or seeing your name in print??

I would suggest you read up on my work prior to commenting. You are unable to even provide ypu real name and that speaks volumes. And placing David Prater's name was no accident-this is about justice for Sheila Deviney and placing attention on DA Prater moved the case accordingly. We will have the case re-opened minus your personal opinion and attachment to this case.

Very well done! I have listened to all your recent shows regarding the Oklahoma M.E.s office. I know the Deviney family and I knew Shiela. This is a very sad story. I am so proud of you for getting involved and hope that justice will finally be served. Someone knows who killed her maybe now they will be more apt to speak up. Again very well done and I applaud you for helping this family.

Excellent work as always Susan! Your doing good to elicit the responses from the 'abuser/perp world'.

Keep on keeping on!!

You obviously do not understand how the Oklahoma justice system works.

They rely on paid private investigators to do their work, i.e., extortion for control of the citizens. For the OSBI to say they know who did the murder but can't do anything because there wasn't a consensus is indicative of group stupidity-which they practice regularly and even teach in the college classrooms.

The state, or local police, rarely get involved in solving cases. They let it ferment for a period of time, then they pass it down to a retired cop who is paid a fee or off to a group of college students who go about stalking people and getting them to investigate any and everyone so they can bring about a state where crime is solved by committing crime.

To have a woman murdered and unsolved is about par for the course. Even the representatives at the state level-female at that-devalue a woman's worth and wish to have all women submissive to these ignorant morons so the men in the church will not feel inferior. There's no way a person could ever keep them from feeling inferior because, let's face it...they are.

It's a constant battle male/female, black/white,Christian/Mulsim and any other race or gender that doesn't group up into some type of political action committee.

They never solved Carol Daniels murder either- Nor did they want to.If the black community would just start spying on each other, it would be solved...or so the theory goes.

Death by fire may be popular, I don't know. I've been a victim of their stalking/extortion crime committing/solving entourage for years. Once, right after turning in for the night, I was awakened by a very loud bang outdoors. I was startled, but decided not to go out. The dog was barking and I thought if someone was there, then he'd get them. The next morning I found a metal object had been knocked over that was under my kitchen window and nearby sat a gas can...not mine, mind you.

I have no ex that would do this, nor a disgruntled boyfriend.

This is how the state is operated.

I drive by daily to see a burned out home that is located a cross the street from a teachers home that was gutted not long after I realized I was being stalked. The ring they burned around the neighborhood got his home. What burned the one recently is unknown to me that is. Perhaps typical fire; I am leery anymore.

Truth is: they do not want to solve these things as they think the citizens will become like the Germans if they do not do the work themselves.