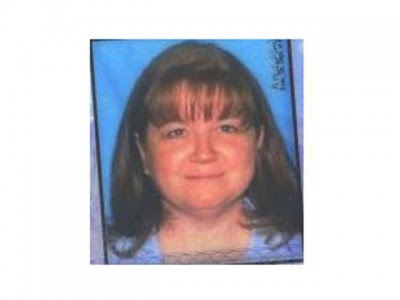 Debbie Heriford has been missing since March 31, 2011 from Colorado Springs, Co. The 51 year-old was also in the midst of a divorce after 32 years of marriage. Earlier last month police changed her case from a missing person case and has now classified her disappearance as a homicide.

When I see these cases, the hair on the back of my neck goes stands up straight. The courage it takes for any woman to leave someone who is threatening, both verbally and physically, is, in my book, a hero. Debbie Heriford joins the silent heroes who finally say "enough!" as they attempt to move forward with their lives. But to a controlling partner, unwilling to share ten cents accumulated during the marriage, their lives are cut short for standing their ground.
The moment a child, at any age, realizes something terrible has happened, their world is forever changed. Unless you are raised in these types of homes it is often difficult to articulate to those in the community how your own father could allegedly be responsible for the taking of a life that gave you life. So many years after my own mother's murder at the hands of my father, I still silently question why he just could not allow her to move forward with her life. Every one of these victims of intimate partner violence have strong family, religious and community roots. And they live for their children and grandkids.

According to court documents, several weeks after their mother vanished, Debbie's daughters have filed a restraining order against their father.  Sarah Heriford filed the restraining order against her father, Harold Heriford, saying she fears for her safety. She also claims he has been trying to get his hands on items from the house.
The other daughter filed a similar restraining order. She says her dad threatened her in a text message saying, "If you don't give me what I want we are going to have issues."

This case has not received very much media attention. Investigators are, however, working this case. Just last week they impounded the vehicle of the husband's girlfriend. Harold Heriford retired from the Peterson Air Force Base as the chief of Military Police back in 1996. He and Debbie separated in July of 2010, he filed for divorce in October, and in February of 2011 a judge ordered that he make payments in the amount of $2,500 a month to her pending the finalization in May.

The base should be searched with a fine tooth comb. An individual always hides, buries and kills in places in which they are familiar, and, in many of these tragedies, believe no one will look. There is a lot of new construction on the base and hopefully investigators are using trained search dogs.
The family should also consider registering the case with the CUE Center for Missing Persons to assist they and law enforcement with finding her. The Website is www.ncmissingpersons.org and the number to call is 910-343-1131.

Anyone with any information is asked to call Colorado Springs Police at 719-444-7000.
Susan Murphy Milano is with the Institute for Relational Harm Reduction and Public Pathology Education. She is an expert on intimate partner violence and homicide crimes. For more information visit http://www.saferelationshipsmagazine.com/ She is also in partnership with Pamela Chapman and iAscend Programs. http://pamelachapmanl.biz

Susan is the author of "Time's Up A Guide on How to Leave and Survive Abusive and Stalking Relationships," available for purchase at the Institute, Amazon.com and wherever books are sold. Susan is the host of The Susan Murphy Milano Show, "Time's Up!" on Here Women Talk http://www.herewomentalk.com/ and is a regular contributor to the nationally syndicated The Roth Show with Dr Laurie Roth. Susan is a survivor- the daughter of a police officer family intimate partner homicide by her father who murdered her mother before committing suicide.
Susan can be reached at by email at murphymilano@gmail.com

Email ThisBlogThis!Share to TwitterShare to FacebookShare to Pinterest
Labels: Colorado, Debbie Heriford, Going through a divorce and murder, Intimate Partner Homicide, Military police chief, Peterson Air-Force base, this is a homicide case

Debbie is sadly missed by those who have known and loved her...I think we are all in denial... I keep praying that the truth comes out, and soon! I'm ashamed and grieved to think that Bob could have done this, but I honestly can't believe otherwise.

Wow, this is a truly slanted article and quite false. Debbie was not an abused woman who fled a horrible marriage. Her husband left her, after years of her adultry, belittling and disrespect. He has continued to provide for her since leaving her and the media has skewed that information to make the story more sensational. The daughters have both lied in court in an effort to not give their father hisown rightful property. Property he knew would be divided when they divorced. Have some self-respect and integrity, do a little research before you print such hateful lies.

First, you came on here as anonymous. Second, your IP address says it all!!
Third, I invite you to be a guest on my radio show and we can discuss the subject with intelligence. Email me to discuss the facts as you see them at murphymilano@gmail.com. Please include a telephone number for the producer to contact you and book the date and time.

I do not have to speak in public to validate what I am saying as the truth. Sometimes the folks making the most noise are the ones with the most to hide. There aer ALWAYS two sides to any story, no one seems to care in this one. I said what I had to say, it is all true, but that doesn't make for a very good story. It is amazing how quickly people forget the truth because the "story" is so much more interesting!

Thank you for the article Murphy. As for your Anonymous its very obvious who she is, her name is Karen, she is my dad's new girlfriend well not really new. She posts the same thing on every site. Karen have you begin to put the peieces together? He lied to you and is still lying to you. This past christmas when he told you it was his second christmas away from my mother it was infact his first.

My mother never committed adultry, or belittled him, she may have disrespected him but it was only due to the way he treated her. If you ask anyone who actually knew her, you could even ask the police, everyone knew her as a saint. She was the kindest soul you could ever come across. She did not deserve this at all.

Negative actions towards a person begets negative reactions. Its simple and its how the world turns(sadly). Ever heard the term pass a smile on? Frowns work the same way.

Dan- if you would like I can do some things that would generate some media attention for your mom as I do with many of these cases-contact me at murphymilano@gmail.com with a number where you can be reached and we can go from there-Susan

I feel really sorry for Karen. She must be feeling like the same fate will come to her if she should turn her back on him. Is she really that diluted to think that he really cares for her? Or does her involvement make her scared to step out onto her own 2 feet? From the outside looking in, I fear for Karen just the same as Debbie feared for her safety.