Where, Oh Where Is Rosa Lisowski? 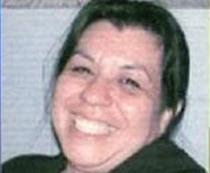 On Monday, March 24, 2008, Rosa Lisowski walked her six -year old child to school. It was like any other morning, with one exception, she has vanished.

I should also mention that she and her estranged husband are going through a very bitter divorce and custody battle.

Yet, another woman, mother of small children has vanished from the planet without a trace.

No surprise Rosa's husband is "a person of interest". The kids have been placed in protective custody, which in my opinion is a good move by those investigating the case.

We have entered a new"copy cat crime category" a deadly pattern of events in recent months with women who are seeking or have started divorce proceeding's, and magically are never heard or seen from again .

As an example, Theresa Parker, Lisa Stebic, Stacy Peterson, all fit the same profile. Included are other's who broke off relationships and wound up dead. And in each vanishing act or murder, family members and friends confirm, each of the women , were all "afraid of the person".

http://www.jurorthirteen.com/ will continue to keep updates on this case, so please consider visitng their site.

http://www.movingoutmovingon.com/ resources to safety and a way to contact us as it relates to a missing or murdered family member.
at 22:16

I could not sleep, checked news on Rosa saw your article. thanks

Why are the kids removed in this case and not others like Stebic & Peterson? It would seem a logical & safe move.

Why has this not received media attention? Is it because Rosa was not blonde/ a cheerleader/or a beauty queen?