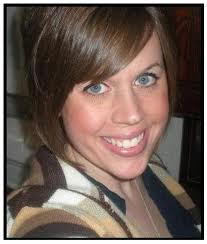 In Muncie Indiana, the murder trial continues today for Benjamin Hankins, a former Gaston, IN reserve police officer and correctional officer who is standing trial for the murder of his estranged wife Lisa Nettie Annette Peterson who’d left and filed for divorce the previous year..
Hankins has tried to say since the shooting on June 3, 2011 of Lisa was in self-defense?   She was shot 3 times.  During the trial last week Pathologist Paul Mullen took the stand (coverage by the Star Press) • “said the 32-year-old victim was likely hit by three bullets -- one in the leg; one that passed through her arm, creating an apparent defensive wound, and then entered her chest and lung, and a third bullet that passed through her lower torso. The victim essentially bled to death, Mellen said, and likely could have survived her wounds only with a quick emergency medical response. Authorities allege Benjamin Hankins waited 17 minutes after firing the gunshots before he called 911.
The Pathologist also testified the victim's leg wounds, caused by a single bullet, could have been inflicted after she had fallen to the floor, and then held her legs up in an desperate bid to shield herself from more gunfire.
What is also troubling is the youngest child heard their mother scream and plead for her life, just before she was murdered. There are also threatening text messages sent by Hankins to Lisa’s cell phone being entered into the court record.  Hankins was no boy scout, an angry violent man solving what he couldn’t control with violence that resulted in the cold blooded murder of Lisa.  The mother of three was not match for the trained killer.
The defense would have been better served to plea bargain the case prior to trial. When you represent a cowardly killer and the evidence is overwhelming, you pick up your big boy briefs and do the best you can for your client instead of trying to ask the court to rule a mistrial when damaging testimony cooks the client like a pan on a hot stove.
This former officer demanded she return with the children and be a family, or else.  A common thread in many cases of intimate partner violence that leads to homicide. The offender almost always gives an ultimatum to their victims before they kill them. Hankin's behavior, actions and pattern of conduct were like following the sheet music to the hit song " If You Leave Me, I Will Kill You," with the final notes ending in gunfire.
If we hold officer's to a higher standard when they go through the academy and are sworn to serve and protect, than the same standards should be applied when anyone in law enforcement murders their own wife.
Whatever you do, if you or someone you know is ending a relationship, leave and go someplace safe.  Do not stay once you have filed for a divorce or announced the relationship is over.  And for heaven's sake have a plan of action BEFORE, you say or do anything!The dangers should be carefully considered when ending a dating relationship or marriage. The reaction to rejection is costing lives. In cases where the victim has died, her fears during the relationship or marriage remain silent, telling family or friends is considered "hearsay" and it's not enough when the person responsible is finally brought to trial. As a precaution, victims are encouraged to prepare the Evidentiary Abuse Affidavit and video, also known as the "EAA." This removes hearsay and in a victim's own words provides historical abuse documentation, gives law enforecment and prosecutors a profile of the offender and shows his pattern of conduct prior to the crime should the victim vanish or be killed.Document the Abuse.Com contains vital information on how the EAA can support each case of abuse from the perspective of the first responders and advocates, to an appearance in court. It explains the legal benefits to the abuse victim, whether they are able to testify or not, how their words are forever documented and hold up in court, much like a Living Will.

www.documenttheabuse.com
Susan Murphy Milano is a staff member of the Institute for Relational Harm Reduction and Public Pathology Education as a educator and specialist with intimate partner violence prevention strategies directing prevention for high risk situations and cases.

A national trainer to law enforcement, training officers, prosecutors, judges, legislators, social service providers, healthcare professionals, victim advocates and the faith based community and author.. In partnership with Management Resources Ltd. of New York addressing prevention and solutions within the community to the workplace. Host of The Susan Murphy Milano Show,"Time'sUp!" . She is a regular contributor to the nationally syndicated "The Roth Show" with Dr Laurie Roth and a co-host onCrime Wire. Online contributions: Forbes : Crime, She Writes providing commentary about the hottest topics on crime, justice, and law from a woman’s perspective, as well as Time's Up! a blog which searches for solutions (SOS) for victims of crime
at 01:43

Speaking of holding police officers to a higher standard.... I am sick with the number of "those sworn to uphold" getting away with murder. Can't police academies institute an oath that says do no harm to your own family first... similar to the hippocratic oath? What a concept!
On second thought, why would they follow such an oath or anything else if they are hell bent on killing?