The Roth Show: Another Look at the Murder of Sheila Deviney-Wednesday at 7:00PM Live

The Roth Show: Another Look at the Murder of Sheila Deviney 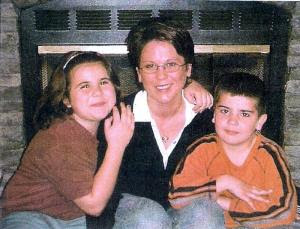 Sheila Deviney was a single mother of two and a recent college graduate who lived next door to her parents in Maysville, Garvin County, Oklahoma. On Tuesday, January 6th, 2004, after she had dropped off her children at school, Sheila was brutally murdered in broad daylight by a group of persons who  subdued her, packed flammable material around her in her trailer home, doused her with accelerants and burned her alive.
Six years after Sheila’s death,in 2010, the Office of the State Medical Examiner threatened to incinerate portions of Sheila’s remains kept following her autopsy for potential future forensic tests, citing storage space concerns. These remains amount to small samples of tissue and blood roughly the size of a deck of playing cards or smaller.
The Devineys have joined other families from all over the state in demanding our tax dollars be spent wisely in reforming the Medical Examiner’s Office into the kind of separate, capable and forthright agency that Sheila Deviney, and all Oklahomans, deserve.
ADDITIONAL LINKS:
http://justiceforthedead.com/sheila_deviney
www.sheiladeviney.org
www.theeleventhcommandment.org
http://www.facebook.com/pages/Justice-For-Sheila-Deviney/137013713003946?ref=ts

Document The Abuse for anyone involved in an abusive relationship, it contains vital information on how the "EAA"can support each case of abuse from the perspective of the first responder's and advocates, to an appearance in court. It explains the legal benefits to the abuse victim, whether they are able to testify or not, how their words are forever documented and hold up in court, much like a Living Will. It is a voice that would have brought justice for Sheila Deviney and other silenced by those who once professed to love them.

A national trainer to law enforcement, training officers, prosecutors, judges, legislators, social service providers, healthcare professionals, victim advocates and the faith based community and author.. In partnership with Management Resources Ltd. of New York addressing prevention and solutions within the community to the workplace. Host of The Susan Murphy Milano Show,"Time'sUp!" . She is a regular contributor to the nationally syndicated "The Roth Show" with Dr Laurie Roth and a co-host on Crime Wire. Online contributions: Forbes : Crime, She Writes providing commentary about the hottest topics on crime, justice, and law from a woman’s perspective, as well as Time's Up! a blog which searches for solutions (SOS) for victims of crime.
at 22:33