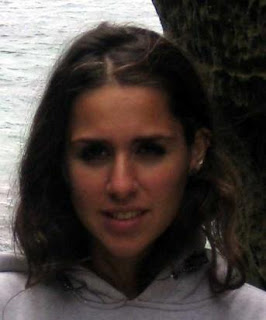 In August of 2008, when John Steven Burgess is arrested and charged with the disappearance of Donna Jou [picture left], he posts $250,000 in cash as bond. This man does not have 2 nickels to his name. No source of documented income. He owns no property. How is able to post that much cash? In addition, a heavy hitter lawyer initially represents him to the tune of approximately $60,000 during some of the court hearings. That is until Burgess signs papers releasing the attorney and represents himself. 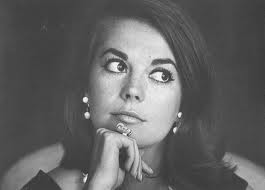 The world is now buzzing about what "could have" happened aboard the yacht Splendour the night Natalie Wood's body was found in the water, on November 28, 1981. Last month the LAPD announced they have re-opened the case. There is no disrespect meant when I ask the million dollar question, why? Wasn't the investigation into her death ruled an accident? Does anyone really believe after so many years, her husband actor Robert Wagner, if considered a suspect,after 30 years, would be charged? The answer, highly unlikely.
According to Actor Robert Wagner in his 2008 book, Pieces of My Heart, he had been jealous of Wood's friendship with Actor Christopher Walken and there had been a fight between him, Walken, and Wood, during which Wagner smashed a wine bottle on a table.

Robert Wagner's theory is that Wood tried either to leave the yacht or to secure a dinghy from banging against the hull when she accidentally slipped and fell overboard. When her body was found a mile from the dinghy on Sunday afternoon, she was wearing a down jacket, a nightgown, and socks. A woman on a nearby yacht reported she had heard a woman calling for help at around midnight. The Actresses body was found off Catalina Island approximately a mile away from where the Splendour yacht was anchored. The coroner ruled her death an accident following his investigation. According to the autopsy report, Wood had dozens of bruises on her body, including injuries to her face and arms.

With so many unsolved homicides and missing persons cases in Los Angeles why use important resources that the LAPD claim they do not have for other unsolved open cases?
Donna Jou case
Donna Jou was a gorgeous 19-year old honor student at San Diego State University wen she vanished after placing an ad in the on-line classified Website Craigslist. Donna was looking to earn extra income tutoring high school kids in math.

Today, in the beautiful city of Los Angeles, a confessed killer and convicted sex offender was released into the public at noon. John Steven Burgess confessed to killing Donna Jou, a 19 year old student who has been missing since June 23, 2007. Although Burgess confessed to her murder and throwing her into the Pacific Ocean, she has never been found. In a plea deal, Burgess was only given a five year sentence for a lesser crime and has only served 2 1/2 years of that sentence. There are many questions surrounding this case that have never been answered. There are other murders and missing persons cases that the LAPD has refused to investigate in my opinion attached to this man whom they released, today.

This disturbing case is not about time served, but a dangerous sexual predator whom, willingly, like a good soldier in his organization, dropped down on a sword for a much greater and dangerous international crime ring, human trafficking, child pornography and prostitution.

It is not likely that Donna Jou's body is in the Pacific Ocean based on information in the case file. But she is out there someplace. Donna Jou needs to be found.

Donna Jou did not have the opportunity to be a rising star in the medical profession. Her life erased by a man whose past is a dangerous predictor of his future to harm others now that he has been released. Since 2007 the family of Donna Jou has done everything in their power to seek answers only to have the doors of the District Attorney's Office and LAPD slammed in their faces.
In both cases, justice appears when you follow the money!
There is still a $15,000 Reward for any information in finding Donna Jou.
If you have any information regarding Donna please contact your local
police department or call Los Angeles Police Department at 213-486-6900
If you have any information on this case please contact CUE Center For Missing Persons at contact Cue Center at (910) 343-1131 24 hour tipline (910) 232-1687.
After reading about the tragedy of Donna's disappearance and the link to a Craig's List ad, Karim Pirani founded SafeList.com
Karim Pirani, Founder of SafeList and Donna's father, Reza Jou will join Dr. Laurie Roth and Susan Murphy Milano to bring unanswered questions to the public about what happened to Donna Jou.
http://donnajou.com
Susan Murphy Milano is a staff member of the Institute for Relational Harm Reduction and Public Pathology Education as a educator and specialist with intimate partner violence prevention strategies directing prevention for high risk situations and cases.
A national trainer to law enforcement, training officers, prosecutors, judges, legislators, social service providers, healthcare professionals, victim advocates and the faith based community and author.. In partnership with Management Resources Ltd. of New York addressing prevention and solutions within the community to the workplace. Host of The Susan Murphy Milano Show,"Time'sUp!" . She is a regular contributor to the nationally syndicated "The Roth Show" with Dr Laurie Roth and a co-host on Crime Wire. Online contributions: Forbes : Crime, She Writesproviding commentary about the hottest topics on crime, justice, and law from a woman’s perspective, as well as Time's Up! a blog which searches for solutions (SOS) for victims of crime
at 05:01