Thursdays from 2pm to 4pm Eastern 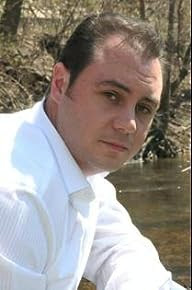 St. Clair’s own harrowing story is chronicled in his best selling memoir The Butterfly Garden (HCI, 2008) – a haunting account of surviving the darkest of family secrets — a childhood unknowingly spent on the run with one of America’s most wanted killers — of his metamorphosis from unthinkable horror to a future of self-discovery, hope, and peace using the power of literature and love to battle the demons of the past. And ultimately of his commitment to protect children, empower survivors, and put predators behind bars.


With chilling detail and a riveting, lyrical narrative, The Butterfly Garden

reveals St. Clair's struggle to piece together his haunted past before it consumes him and shares his inspiring metamorphosis from victim to victim's advocate. The Butterfly Garden is a timeless triumph, a reminder that hope can be the most powerful of all emotions, freeing us to soar despite the past and the odds against us.
http://chipstclair.com

Details of Disappearance
Meek resided on Section Line Road in Valliant, Oklahoma with her husband and their three young children. Her husband told authorities that he saw Meek inside their home during the day on February 21, 2002. She has never been heard from again. She not reported missing for five days.

Authorities stated that it is uncharacteristic of Meek to leave without warning. Her 1995 Chevrolet pickup truck, her car keys, her eyeglasses and her cellular phone were discovered inside of her house after she went missing. She has failed to contact her children since her disappearance. Meek’s husband filed for divorce from her fifteen days after her disappearance, and received custody of their children.

Meek worked as a jailer at the time of her disappearance; she was in charge of escorting prisoners from their cells to court appearances. Her case remains unsolved.

Known as the “Jane Wayne of Justice,” Susan Murphy Milano always stands up as a voice for those who are silenced in a world of intimidation and violence within their homes and in courtrooms across the country.

Here Women Talk is a fresh, new spot for women to socialize, inspire and learn from each other. I know you will want to join in the interactive social network as well as listen to the radio broadcast each week. Join us in the chat room, socialize and ask questions!