The Chicago Sun-Times "Slapping the Face of Justice" 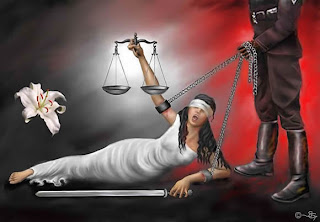 Last week the Chicago Sun-Times decided to print a letter in a two-part series from former sergeant and alleged murderer Drew Peterson. Peterson has been behind bars since May of 2009. (for the link to the letter of part one go here)

The first headline ran on August 15th titled “The Drew Peterson Letter My Life in Jail.” I was outraged when Michael Sneed, an award winning journalist for whom I have great respect, decided to publish this letter without any regard for the families of Stacy Peterson and Kathleen Savio. Granted the newspaper provided a disclaimer similar to taking a Kleenex and blowing ones nose and then saying excuse me while I go and wash my hands the editor before running Peterson’s words included “ Sun-Times is aware of the pain the Savio family has endured while waiting for justice in the murder of their loved one.” Interesting to note how the word "aware" is used as it refers to pain. Was the Sun-Times "aware" that if the crime scene investigation had been conducted properly, by law enforcement, Stacy Peterson would in my opinion not have vanished from the planet? Is the Chicago Sun-Times also "aware" the pain and suffering they have caused by giving so much ink in the form of printed lip service to someone facing murder charges for an ex-spouse and the only suspect in a current wife's disappearance?

The Sun-Times is not aware of the pain they have caused in printing, in my opinion, the words of an alleged killer. Prior to Kathleen Savio being found in all of places a dry bathtub in the former marital home, the documents, police and hospital reports, the letter(s) sent to the 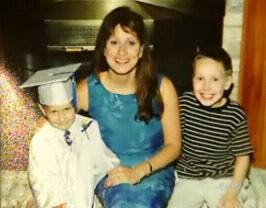 states attorney’s office pleading for anyone to come to her rescue before she died, is in and of itself a tragedy. Victims of intimate partner violence especially those married to a law enforcement officer are either unable to seek an avenue for assistance or as in Kathleen’s situation, are killed while trying to stay alive.

In providing a forum for an alleged abuser the Sun-Times is saying that the lives victims of intimate partner homicide do not matter in Illinois and across the country. 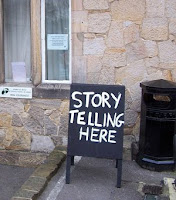 I would like to ask the Chicago Sun-Times if they realize how much damage they have caused in printing this garbage. Why not print the letters written or show the bruises on Kathleen Savio’s face? Why didn’t the editors include Kathleen’s cemetery headstone along with Peterson’s letter? Why don’t you ever print stories of women living in fear for their lives, before they are killed? Or do important stories and provide information that will keep victims of violence alive?

As a 20-year plus veteran specialist in the area of Intimate Partner Homicide, I worked for a number of years, with many reporters at the Sun-Times, after the murder of my mother, gunned down by a decorated police detective, to have an effective legal system in place and laws implemented for victims. Now I am embarrassed to say I am from Chicago. That all my work to educate and keep victims safe and their voice’s alive, many times with the media’s help, is now, a slap in the face for justice.

When the editor's at Chicago Sun-Time’s print the words of a man accused of murder, you say that violence within the home is not a crime. You also send a clear message to other offenders that actions and a circus act behavior is news worthy enough to make front page headline news.

You have sent a message to the children of Stacy Peterson and Kathleen Savio, forever archived on the Internet for them to read, that the lives of their mother’s had little or no significance. 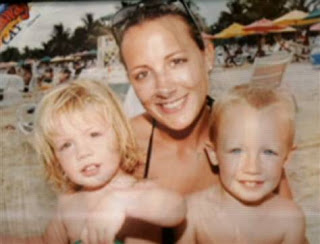 Friday: Part Two of this series “Bring Her Home”
To follow the lastest on the case I suggest you visit the Peterson Word Press Site or Webslueths.com.