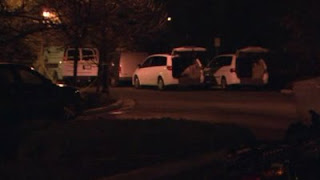 Family homicide has claimed four more victims. Forget for a moment that 2 adults and 2 children's bodies were discovered in an "upscale gated community" in San Clemente, California, just hours ago.
Murder within the home is not a crime associated by the amount of zero's on a bank statement or whether its' victim live on Park Avenue or the lowest rent district in a community. We live in a country where murdering your wife, husband and kids and committing suicide is so common we barely blink an eye when we read or hear about such horrific crimes with our morning cup of coffee. And we can expect this epidemic to wipe out more lives before the New Year as husbands and yes, wives carry out their own personal form of justice and revenge.

The reason for the murders will vary depending on the each person's frame of mind. Some will have a relationship outside the home and feel that killing their spouse is the only way out, allowing them to be free of financial burdens, wiping the slate clean so they can begin anew. And those similar to the person in California who was so angry over the ending of the "family unit" they kill everyone and then turn the gun on themselves.
Just yesterday, Jason Young, after 3 years, was finally indicted in North Carolina for the murder of wife Michelle Young, who was pregnant at the time. Young, like so many who are finally charged, do not take their own life as they believe they will never "get caught." 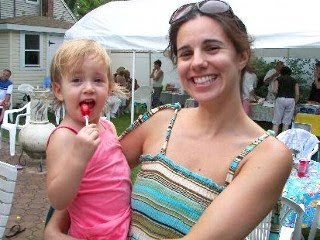 Over Thanksgiving after the couple had separated, Karen Kahler of Kansas moved she and her children out of the marital home to begin their lives without violence. But, her husband Kraig Kahler, like so many abusers wasn't having any of it, "who does she think she is, no one leaves me." On November 28th, 2009, Karen Kahler and her daughters Emily, Lauren and her grandmother were shot to death by her estranged husband while they were visiting a relative. the Thanksgiving holiday. He was arrested several hours later and has been charged with capital murder.

Another case unsolved to date is the murder of Michigan Mother of 3, Renee Pagel , found stabbed to death in her bed recovering from surgery, (after donating a kidney to a complete stranger) just days away from her divorce being finalized. According to close friends and relatives the grade school teacher and a registered nurse told others she was in "fear for her life." A week before her murder she changed the beneficiary of her life insurance policy from her estranged husband to a close family friend.

Her estranged husband, Michael Pagel, is the only person who has not voluntarily cooperated with police, nor has he provided an alibi to police for the night of Renee's murder. He retains custody of the couple's children.

Susan Powell mysteriously vanished last week leaving her purse and keys inside the home where she was last seen alive by her husband, Josh, at 12:30 in the morning. He suddenly decided to take his 2 small children on a camping trip. He is a person of interest and has now lawyered up as he faces questioning in her disappearance.

Other cases where wives have gone missing without explanation , Lisa Stebic disappeared in 2007, her husband Craig and she were in divorce court, has not been charged but is a person of interest. Former police officer Drew Peterson arrested for the murder of wife #3 Kathleen Savio, has yet to be charged with the homicide of Stacy Peterson, wife #4 whose body has not been found since she disappeared in October of 2007. Renee Pernice of Kansas vanished( divorce pending) in January of 2009 and her fire fighter husband Shon Pernice remains of person of interest.

The address are all different, the outcome is almost identical. Not one of these women would ever leave without their children. And they were each good women who did not deserve to be erased from life.

In a note written by my father after my mother was murdered, before his committing suicide, sums it up:

All of these men listed believe their actions were justified.
Women & children are not safe in their own homes when they do not play the submissive roles in the relationship, they die.

You appeaar certain about Josh Powell and he having anything to so with Susan's missing. He retained a laawyer to stop people lkike you implying he gave the children something that evening and killer her. A person is inncocent in this country until proven otherwise by a court of law-remember that post accusing innocent people of murder.