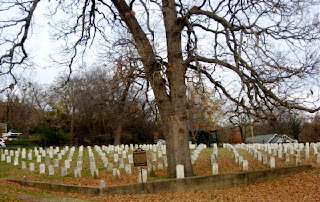 We hear about one murder after another involving a woman ending a violent relationship where their final destination is a cold cemetery plot.

Interesting how the Cleveland community in Ohio, similar to every other neighborhood in America, responded exactly the same.  The media reporting on the crime of intimate partner homicide as if it were cut and pasted from a standard cue card. Like our own individual DNA, no two cases of "IPV" are alike.

Intimate Partner violence leading to homicide in this country is not a cookie cutter crime!  But, this is exactly how society responds.  Case in point, on Sunday, Latasha Jackson, 19 and her 13 month old daughter Chaniya Wynn, were found each with a bullet on the floor in a dark, damp and dirty garage.  The coward who killed mother and toddler, Thomas Lorde.  Lorde had an extensive criminal record along with outstanding warrants in New York. He was found dead of a self-inflicted gun shot wound.

Latasha Jackson, as thousands of victims before her that we hear about after the bloodshed, ended the violent relationship with Lordes who was also the father of Chaniya.  Latasha wanted to believe if she left with her child she'd be safe.  This mindset is never enough when your involved with an angry, dangerous, individual with whom you end a relationship.  Victim's must be trained and prepared as if its war.  Latasha went into the battlefield, ill equipped and this cost the live's of she and her child.


The Cleveland community can jump up and down, cry say this isn't fair, but what are you going to do other than briefly grieve the loss of two innocent lives?  Wait for the next murder to happen? How about taking action so this doesn't happen again?


It's time now to sit down with the faith based leaders, elected officials, law enforcement, schools and health care facilities in your neighborhood and create a plan of action revolving around the prevention of innocent lives resulting from bloodshed of intimate partner homicide.


There is a vigil this evening with members of the community to say a prayer and remember the lives lost who while live, were invisible. Because victims of intimate partner violence are invisible! The violence Latasha lived and breathed was no different than a toxic and deadly gas.  How many others are right there in your community living on the edge? Who will be next? Good, God loving families whom, if I were them, would be thinking, there, but the grace of God, go someone else I know.


I have a news bulletin for not only Cleveland, but the world, this doesn't have to happen to anyone else if you'd just step out and take action!


Finding safety from pathological abusers is obviously not as easy as it seems. Safety plans encompassing restraining orders, just leaving, living in transitional shelter care, or staying with others is not fool-proof regarding protection.


Some victims have confessed to others the danger in their relationships as a form of documentation because they sensed they would be killed. However, family and friends often don’t know what to do with the confession other than telling them to go to the police or to a shelter. Police tell them if they don’t have evidence he has done something, they need to wait until he does something that can be proved. With dangerous and pathological perpetrators, what they CAN do is usually permanent.

Other victims share little of what they were experiencing. While family, friends, pastors, therapists, and others might have known there was danger from watching the dynamics, in the end, by the time that evidence was criminally needed, the victim was dead.
http://documenttheabuse.com

Abuse and Its Impact

*1 in 4 women experience physical, mental, and/or emotional abuse by their intimate partner, often referred to as domestic violence or intimate partner violence
*Last year 32,000 lost their jobs due to Domestic Violence absences and on the job harassment
*Which resulted in 8 million days of lost work
*Millions lost in revenue and
*18.5 million mental health visits
*Billions spent in programs that represent the aftermath effects of violence (social services, law enforcement, criminal justice programs, DV programs, etc)
*But most importantly, 2,500 people died last year from Intimate Partner violence and thousands remain missing and unaccounted for.
Susan Murphy Milano is a staff member of the Institute for Relational Harm Reduction and Public Pathology Education as a educator and specialist with intimate partner violence prevention strategies directing prevention for high risk situations and cases.

A national trainer to law enforcement, training officers, prosecutors, judges, legislators, social service providers, healthcare professionals, victim advocates and the faith based community and author.. In partnership with Management Resources Ltd. of New York addressing prevention and solutions within the community to the workplace. Host of The Susan Murphy Milano Show,"Time'sUp!" . She is a regular contributor to the nationally syndicated "The Roth Show" with Dr Laurie Roth and a co-host on Crime Wire. Online contributions: Forbes : Crime, She Writes providing commentary about the hottest topics on crime, justice, and law from a woman’s perspective, as well as Time's Up! a blog which searches for solutions (SOS) for victims of crime. Her new book Holding My Hand Through Hell published by Ice Cube Press will be in book stores in September.
SOURCES

Susan: This is another heart wrenching story...that didn't need to happen. If the faith based communities, health care centers and non-profits can sit around a board room table and drink coffee... they can do this(the EAA)for women everywhere!

The generic manner in which these cases are reported... always focusing on "the poor perpetrator" is disgusting! Forget the crime drama aspect and focus on the victims as human beings!

Here's an idea...Why doesn't someone fund a billboard ad on the same street as the White House for Mr. Obama to see... saying, "Intimate Partner Violence" if you don't know it's an epidemic, you're living on the Moon!
(I'll even chip in...)