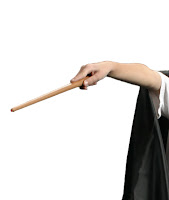 On Christmas day actor Charlie Sheen was arrested in Colorado for attacking his wife. He remained in jail until he appeared before a judge. Bond was set and Sheen posted $8,500 and was released. His wife, Brooke Mueller, also received an order of protection prohibiting Sheen from having any contact with her.

The only reason Charlie Sheen made national headlines for attacking his wife on Christmas day is because Sheen just happens to be a Hollywood actor on a successful television sitcom and is a spokes person promoting fashion style and comfort for men's underwear.

In the real world of everyday folks when a call is made because an individual is beating or threatening the person with whom they are in a relationship, police response and immediate legal action, such as issuing a court order of protection or setting a high bond, can be a magical illusion.

Our nation's legal system is like a magic act. The magician is on stage as they place a magic wand over an object to appear or vanish. Exactly how the legal system for victims of violence responds to the “regular folks” in the real world.

The State of California had ample opportunity to create a working domestic violence and homicide bureau after the Nicole Simpson and Ron Goldman murders. At that time the Department of Justice was awarding large grants to municipalities across the country, specifically for intimate violence and homicide. But L.A., who could have set the tone for the country on how to properly handle these cases, was too busy back peddling from the public relations nightmare of the OJ Simpson investigation and trial.

Now actor Charlie Sheen and his wife Brooke Mueller are being investigated by Los Angeles County’s Department of Children and Family Services and could potentially have their nine-month-old twin boys, Max and Bob, taken away from them temporarily. Wow! Does DCFS have legal grounds to do this when the incident happened in another State? 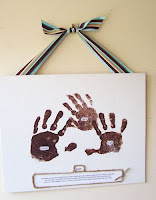 Part two of this special series continues on Thursday, January 7, 2010.

You have made a statement of a pitiful and total truth in relation to 'regular folks' and how the justice system works to protect the victims' and how it definitely isn't done in a timely manner. Any case where money talks, of celebrity status, the immediate fear is 'what if' and 'if we don't' -

I think those 'If' questions should apply to all persons no matter financial status.

I look forward to the continuation of this powerful blog piece. Few can write it as you do, where it hits the nail dead center.

The more people that become aware, the better. The media rules these issues... like focusing on a few murder cases to provide us with a nationally shared topic of conversation - without caring about the real dynamics of the larger issues involved. Soap opera fodder rather than responsible journalism.

But for each of these widely publicized cases I believe some are touched who would have never given thought to the larger issue - and are mobilized.

There's good in it, even when none was intended.